Source: bee-san/pyWhat: 🐸 Identify anything. pyWhat easily lets you identify emails, IP addresses, and more. Feed it a .pcap file or some text and it’ll tell you what it is! 🧙‍♀️

JK: The first thing you have to realize is if you are building the team, or finding one. So there’s a great museum in Venice, the David Museum, and the front of the museum, there’s these huge blocks of marble. 20 by 20 by 20. How they move them, I don’t know. The block of marble sitting there, and Michelangelo could see this beautiful sculpture in it. It was already there, right? The problem was removing the excess marble.

So if you go into companies with 1000 employees, I guarantee you, there’s a good team there. You don’t have to hire anybody. When I was at AMD, I hardly hired anybody. We moved people around, we re-deployed people [elsewhere], but there were plenty of great people there. When I went to Tesla, we had to build the team from scratch, because there was nobody at Tesla that was building chips. I hired people that I knew, but then we hired a bunch of people that I didn’t know at some point, and this is one of those interesting things.

I’ve seen leaders go from one company to another and they bring their 20 people, and then they start trying to reproduce what they had before. That’s a bad idea, because although 20 people is enough to reproduce [what you had], it alienates what you want [in that new team]. When you build a new team, ideally, you get people you really like, either you just met them, or you work with them, but you want some differences in approach and thinking because everybody gets into a local minimum. So the new team has this opportunity to make something new together. Some of that is because if you had ten really great teams all working really well, and then you made a new team with one person from each of those teams: that may well be better, because they will re-select which the best ideas were.

IC: How do you make sure that you’re absorbing what you’re reading, rather than having your brain diverting about some other problem that you might be worrying about?

JK: I don’t really care about that. I know people that read books, and they are really worried if they’re going to remember them. They spend all this time highlighting and analyzing. I read for interest, right? What I really remember is that people have to write 250-page books, because that’s like a publisher rule. It doesn’t matter if you have 50 pages of ideas, or 500, but you can tell pretty fast. I’ve read some really good books that are only 50 pages, because that’s all they had. You can also read 50 pages, and you think, ‘wow, it’s really great!’, but then the next 50 pages is the same shit. Then you realize it’s just been fleshed out – at that point I wish they just published a shorter book.

IC: So on the topic of time, here we are discussing personal health, study, meditation, and family, but also how you execute professionally. Are you one of these people who only needs four hours of sleep a night?

JK: Nah, I need like seven. Well, I added it up one day that my ideal day would have like 34 hours in it. Because I like to work out, spend time with my kids, I like to sleep and eat, and you know I like to work. I like to read too, so I don’t know. Work is the weird one, because that can fill in lots more time than you want to spend on it. But I also really like working, so it’s a challenge to kind of stamp it down.

IC: When there’s a deadline, what gets pushed out the way first? You’ve worked at companies where getting the product out, and time to market, has been a key element of what you’re doing.

JK: For about the last six years, the key thing for me is that once I have too much to do, I find somebody that wants to do it more than me. I mostly work on unsolved problems. You know I was the laziest person at Tesla. Tesla had a culture of working 12 hours a day to make it look like you’re working, and I worked, you know, 9 to 7, which was a lot of hours. But I also went running at lunch, and a workout. They had a weightlifting room. Deer Creek was right next to the big machine shop, so I would go down there for an hour to work out and to eat.

Source: An AnandTech Interview with Jim Keller: ‘The Laziest Person at Tesla’

An incredibly insightful interview about the semiconductor industry and a great perspective to look at it.

Japan is very very behind in IT/digitalization compared to most western countries. This doesn’t just mean it’s behind in product portfolio and quality, but that perception of software engineer & managers and still quite behind. 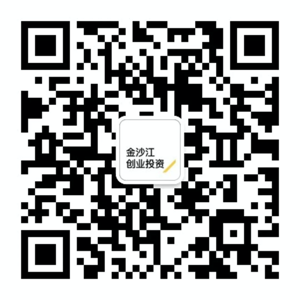 I learned writing from The Economist. Back home, it wasn’t easy to learn English. No one in my social circle was fluent in the language and I couldn’t afford a private tutor. The best I could do was to create my own syllabus. The kiosk near my house had, to my surprise, the newspaper1.